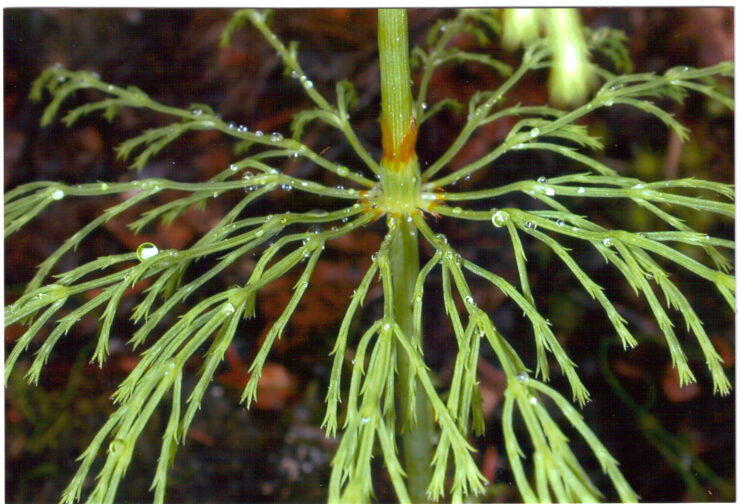 Leaves – scales fused into sheaths around stems and branches; sheaths of sterile stems 3 – 12 mm long, green below, brown upwards, with 3 – 5 brown teeth, joined into several broad lobes; sheaths of fertile stems similar to but much larger and looser than those of common or meadow horsetail.

Wood horsetail is our only horsetail with compound branches. At one time, woodland horsetail tea was taken to treat kidney problems and fluid retention. The plant was also ground and placed in wounds to stop bleeding and promote healing.

Swedish naturalist Linnaeus apparently reported that woodland horsetail was an important food for horses in some parts of Europe. However, more recent reports of horsetail poisoning of livestock make this observation questionable. Horsetails produce their food in their stems and branches, since their leaves have been reduced to rings of small, pointed scales. The species names sylvaticum means ‘of the forests’, emphasizing that woodland horsetail is most commonly found in forested habitats.