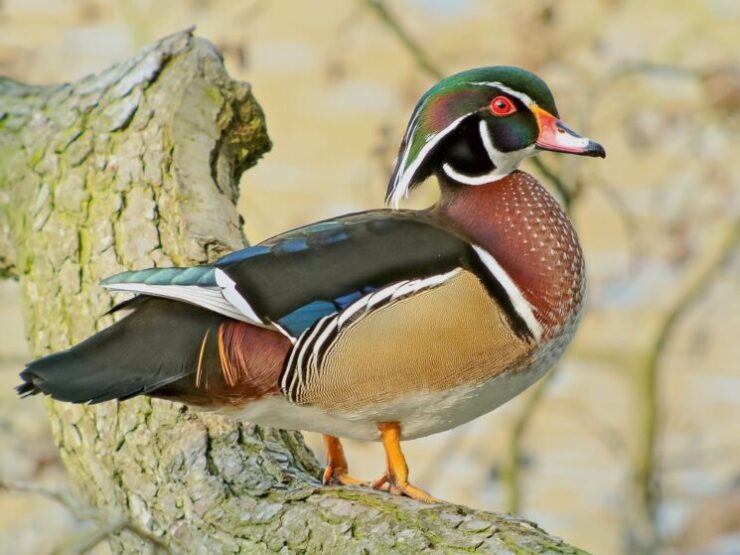 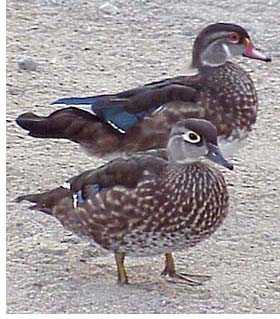 Nests are often found in a natural tree cavity sometimes up to 50 feet off of the ground; sometimes on the ground. Will also nest in artificial nesting boxes. Nests are lined with down.

The most ornamental of all North American duck species, the Wood Duck was hunted to near extinction during the 18th Century for its flesh and colorful feathers.

A massive conservation effort has helped the species make a good recovery. Many private citizens and conservation groups have aided by placing artificial nest boxes in wetland habitats.

Read more about common birds like the Canada goose.