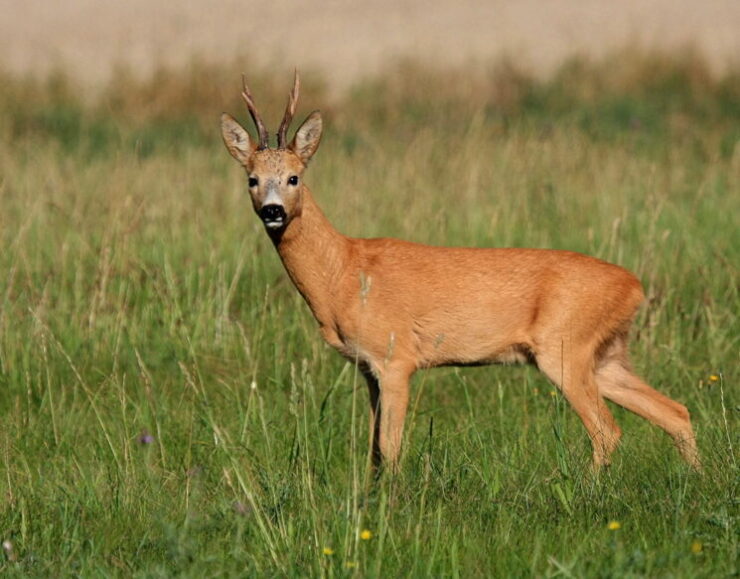 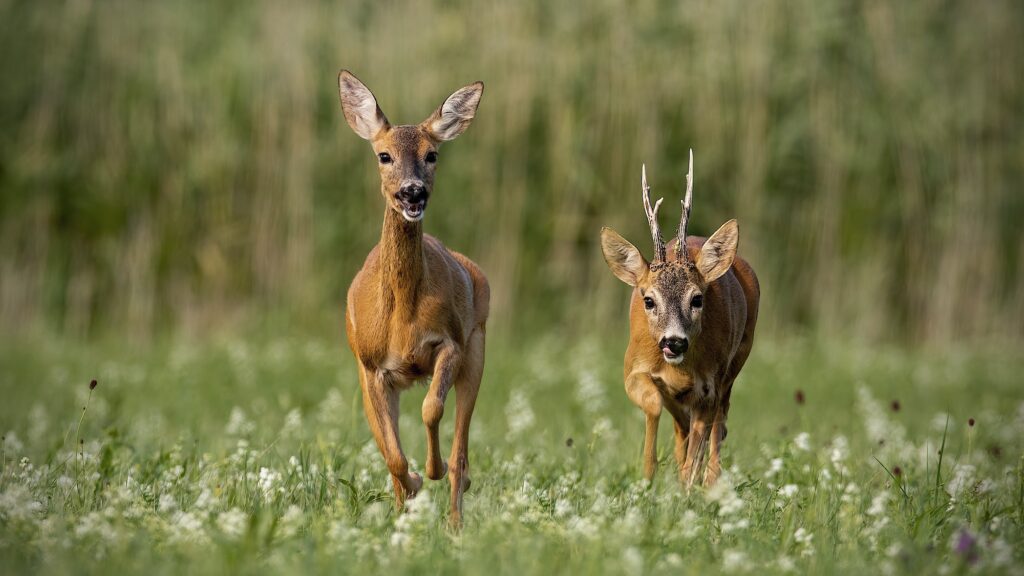 Roe deer are common throughout many parts of Scandinavia and western Russia and in many areas they are abundant. They are generally found in open mixed, coniferous or purely deciduous woodlands.

The diet is varied and includes buds and leaves of deciduous trees and shrubs, bramble, rose, ivy, herbs, conifers, ferns, heather and grasses. 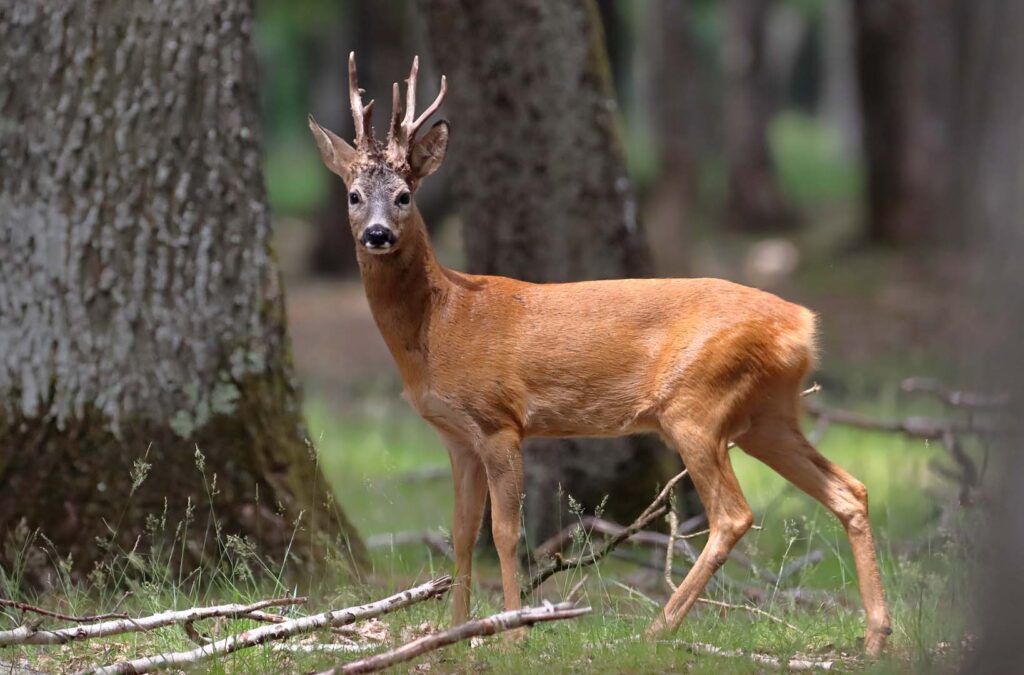 They are usually solitary or in small groups of male, female and young. Larger groups may feed together in winter. Roe is seasonally territorial, from April to August. Young females usually establish ranges close to their mothers; juvenile males are forced to disperse further afield.

The breeding season, known as the rut, is from mid-July to the end of August. During this time males become very aggressive in defending their territories. Behavior includes barking, chasing, often in circles, fraying – the rubbing of antlers up and down tree bark, and scent marking young trees. They fight other males by locking antlers and pushing and twisting; occasionally one or both may die.


Antlers are cast from late October to early January. A new pair begins to grow straight away. They are covered in furry “velvet” (skin that supplies blood to the growing antler bone) and are fully grown by March. Velvet is shed from April onwards.