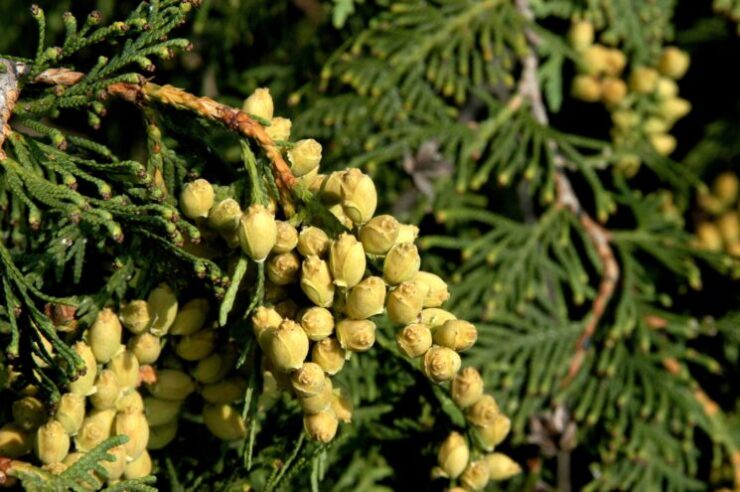 The eastern white cedar is also called northern white cedar, arborvitae and swamp-cedar. The name arborvitae or “tree of life” dates from the 16th century when the French explorer Jacques Cartier learned from the Indians how to use the tree’s foliage to treat scurvy. Flowers – monoecious, the male and female flowers of eastern white-cedar are usually borne on separate twigs or branchlets; they are tiny, terminal, cone-like bodies. Male flowers are yellowish and arise from branchlets near the base of the shoot; female flowers are pinkish and appear at the tips of short terminal branchlets. 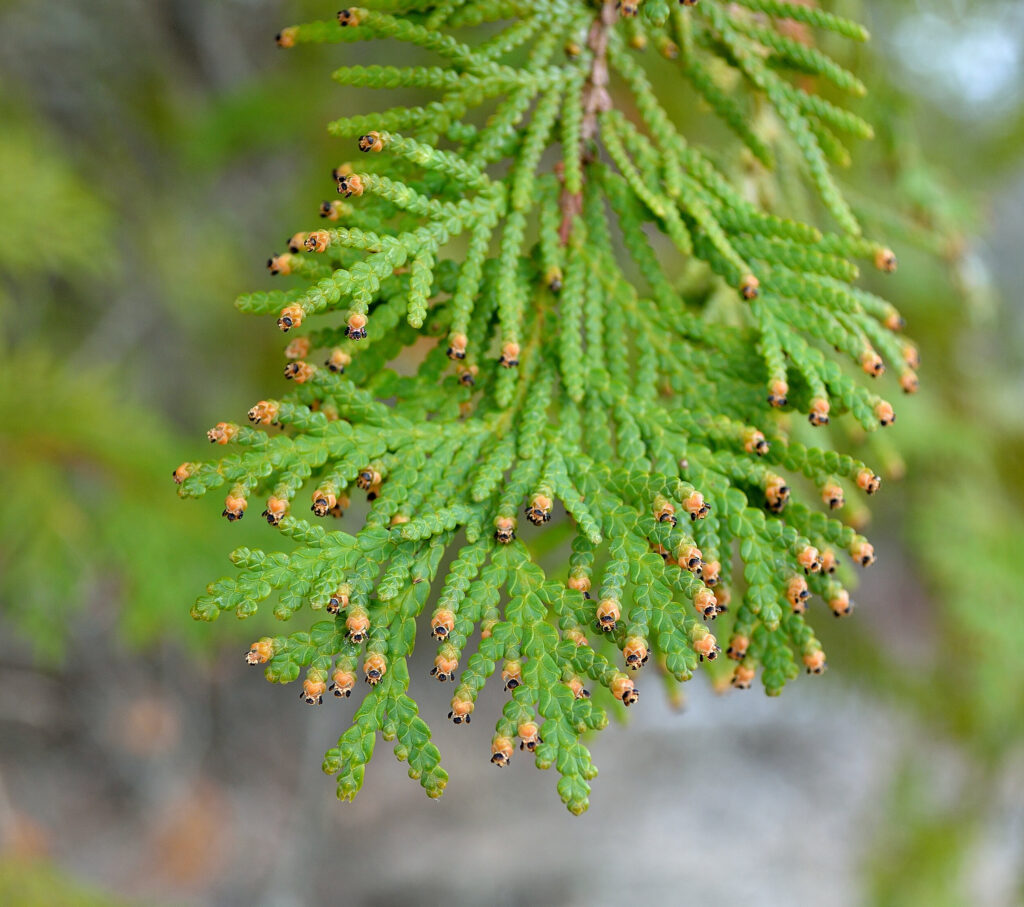 Common throughout Northwestern Ontario, the eastern white cedar is most often associated with cool, moist, nutrient-rich sites, particularly on organic soils near streams or other drainage-ways, or on calcareous mineral soils.

The eastern white-cedar type commonly grows in association with balsam fir and tamarack in the boreal region.

Except when dense, eastern white-cedar stands usually have an undergrowth of shrubs and herbs. Speckled alder is commonly the most important shrub on the better sites. Other characteristic shrubs on the better sites (especially in swamps) include mountain maple, red-osier dogwood and Canada fly honeysuckle. On poorer sites, they include Labrador tea, blueberries and wintergreen.

Characteristic herbs on the better sites (especially in swamps) include dwarf raspberry, wild lily-of-the-valley and bunchberry. On poorer sites they include false Solomon’s seal. Ground cover is usually a mosaic of sphagnum and other mosses, liverworts and decaying logs.

The rot- and insect-resistant wood is used principally for products in contact with water and soil such as rustic fencing, posts and saunas. Other important products include cabin logs, lumber, poles, and shingles. Smaller amounts are used for paneling, piling, lagging, pails, potato barrels, tubs, ties and boats (especially canoes). Recently, white-cedar has been used for making kraft pulp and it appears excellent for particleboard.

Cedar leaf oil is distilled from boughs and used in medicines and perfumes; boughs are also used in floral arrangements and is a widely planted ornamental.

The northern white-cedar type is valuable for wildlife habitat, particularly for deer yards during severe winters. The tree is highly preferred by white-tailed deer for both shelter and browse. White-cedar is also utilized by such mammals as the snowshoe hare, porcupine, and red squirrel.