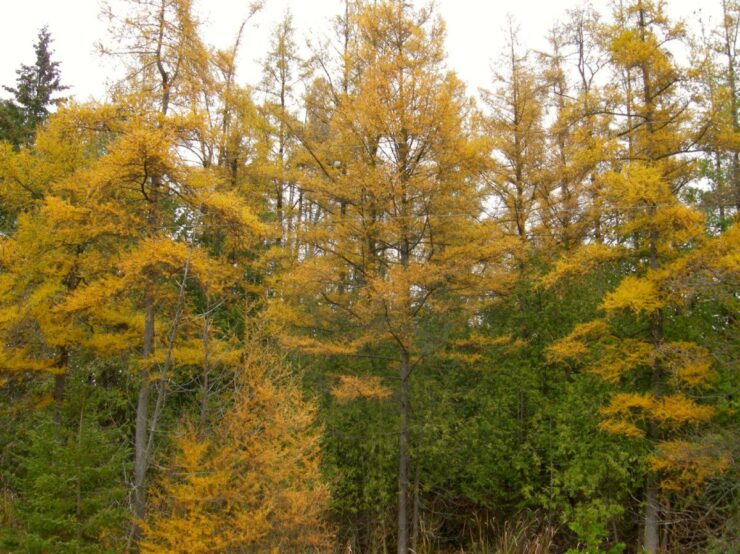 Found throughout Northwestern Ontario. Tamarack can tolerate a wide range of soil conditions but grows most commonly on wet to moist organic soils (Histosols) such as sphagnum peat and woody peat. The latter is usually better decomposed, has more nitrogen and mineral nutrients, and is less acid than sphagnum peat. Tamarack grows fairly well on extremely dry soils where these are shallow over bedrock or where the water table is low, but it can die from drought on such sites. Often found in mixed stands with black spruce and white cedar.

Tamarack stands cast light shade and so usually have a dense undergrowth of shrubs and herbs. Dominant tall shrubs include speckled alder and red-osier dogwood; low shrubs include Labrador-tea and leatherleaf. Characteristically the herbaceous cover includes sedges and false Solomon’s seal. Ground cover is usually composed of sphagnum moss and other mosses.

The heavy, durable wood is used principally for pulpwood, but also for posts, poles, rough lumber, and fuelwood. Wildlife use the tree for food and nesting; it is also esthetically appealing and has significant potential as an ornamental.