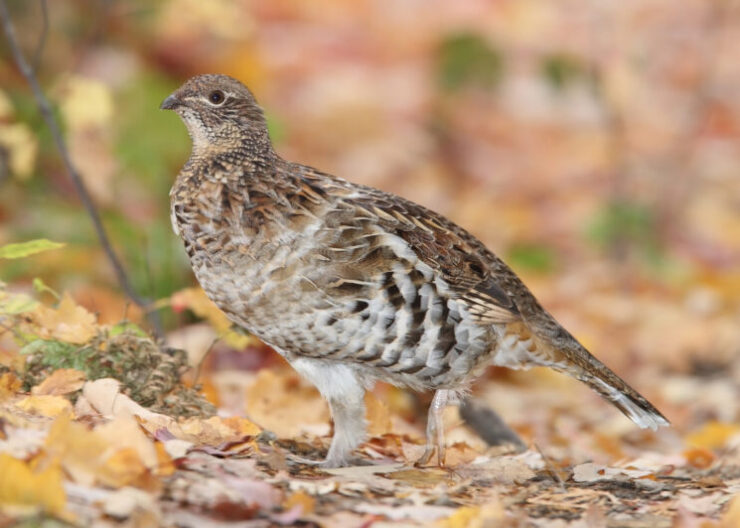 Identifiable from other grouse by dark brown, broad, longish feathers on the sides of the neck (also known as a ruff, hence the name). Female smaller, with smaller ruffs and tail.

Primarily in second-growth stands of mixed woodlands; along edges of clearings, ravines and streams; sometimes near rural residential areas.

On the ground, usually at the base of a tree, log, or rock. The nest is simple, a depression in the ground, lined with leaves and feathers.

The Ruffed Grouse is known to most locals as “partridge” and a favorite with hunters for its delicious meat.

It lives on a diet of needles and buds of coniferous trees, blueberries, and insects. It is occasionally seen feasting on crab apples in the yards of rural homes and farms.

The Ruffed Grouse is also known for the “drumming” of the male to attract mates during the breeding season.

Drumming is the rapid beating of the wings, first as slow thuds, then increasing in tempo, finally dying off in muffled drum-roll fashion.

Find out more about all common bird species here.