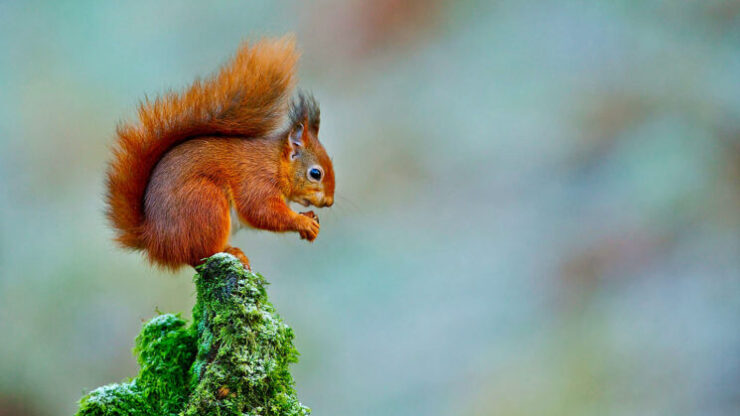 The red squirrel is an opportunistic eater. It will feed mainly on seeds, nuts and cones of conifers; buds, flowers bark, berries, and mushrooms; also insects, eggs, mice and young of small mammals when the opportunity arises.

Red squirrels do not hibernate but stay on the ground where they are active in an an extensive system of tunnels in the snow. They feed on a cache of food stored away during summer and fall.

Although the red squirrel is vulnerable to predation by hawks, owls, marten, fisher, lynx, bobcats, fox, wolves and coyotes, its numbers are high. A female will produce a litter of 2 to 7 offspring each year (in some years, two litters).