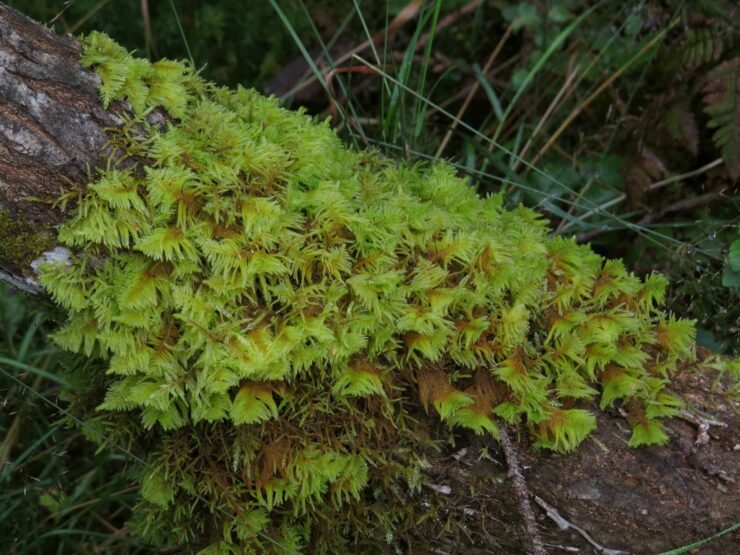 This is our most beautiful feathermoss, and though it is less common than the other feathermosses in our region (stair-step moss and big red stem), it often forms large patches in the moss carpets of boreal forest floors. Occasionally, knight’s plume could be mistaken for sickle moss, but that species is not so evenly branched, and it is less common. The genus name Ptilium means ‘plume-like’. The common name ‘knight’s plume’ and the species name crista-castrensis, from the Latin, crista, ‘plume’, and castrensis, ‘of the camp’ or ‘military’, both refer to the elegant, regularly branched plants, which were likened to the plume on a knight’s helmet.