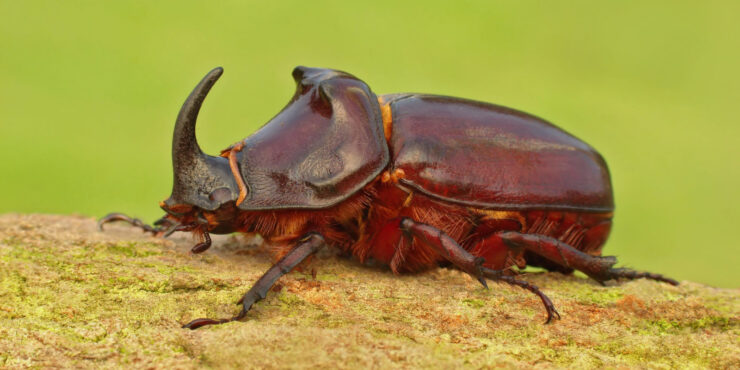 Coleoptera is the largest order within the class of insects. There are more than 350,000 species, and new ones are being described each year. Adult Coleopterans have a great range in body size (less than 1 mm to more than 75 mm) and in body colour. Beetles have chewing mouth parts in both the adult and immature stages.

They pass through egg, larva, pupa, and adult stages in their development (holometabolous development). Most beetles have a hard body covering, the front wings (elytra) are thick and hard also, and meet at the middle when folded over the body. The hind wings (flight wings) fold under the elytra when not in use.

There are a variety of beneficial and economically important species of beetles living in numerous ecological habitats. Some beetles are plant eating (phytophagous) pests. Not all beetles are pests however. A very beneficial insect for example is the ladybug (ladybird beetle) which feeds on other insects, in particular aphids, and many ground beetles such as Carabus nemoralis live on species of insect plant pests, and are common residents of gardens in northwestern Ontario.