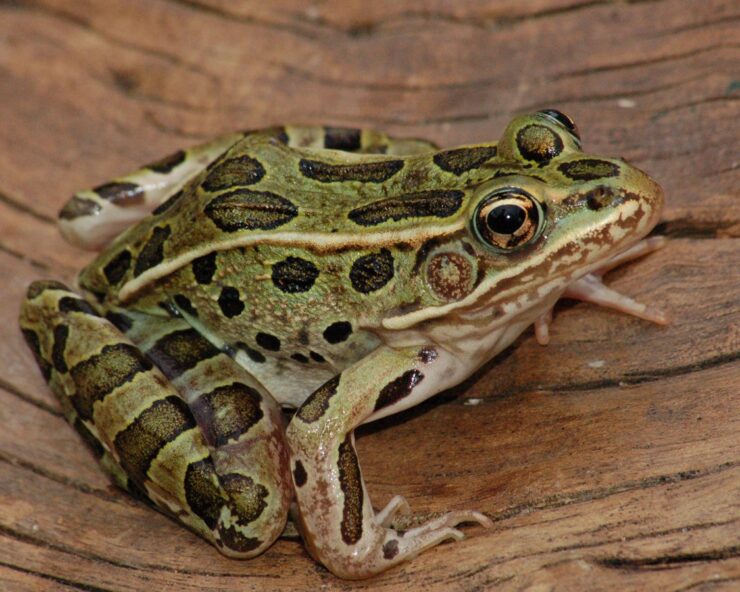 Distinguishing Features – Most familiar frog of Northwestern Ontario. large. Overall colouration, varying shades of green or brown; round black spots scattered randomly about the back and on the sides. Underside, plain white. Two light ridges down run along length of back. Forelimbs, spotted; hind legs, striped.

Northern leopard frogs breed in May. A female may lay 3,000 to 5,000 eggs in a round mass. Tadpoles metamorphose in about three months.

They emit a low pitched snore often followed by a chuckling noise, or an urr, urr, urr.

Populations in Northwestern Ontario have been declining in recent years due to habitat destruction, additions of roadways, pollution, and other factors.