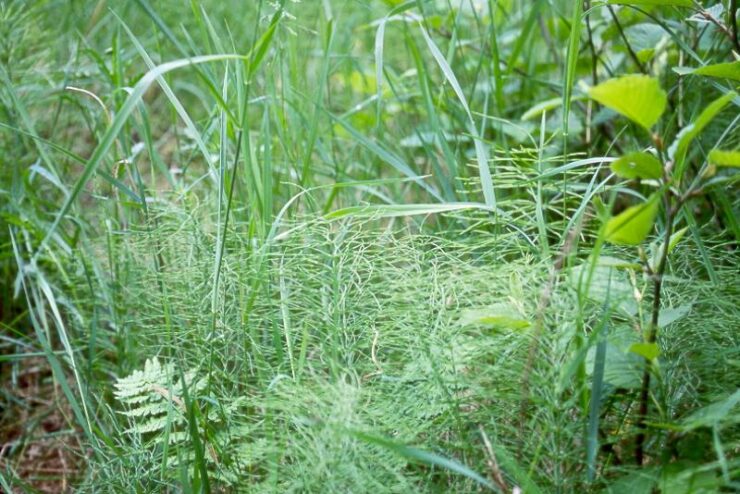 Spore Clusters – in 1 – 2 cm long cone, on long talk at tip of bottlebrush-like shoot (whorled branches may be absent at first), soon fall off.

Horsetails contain an enzyme (thiaminase) that destroys vitamin B1 (thiamine). In large quantities, they have caused deaths in livestock, though poisoning is quickly reversed by removing horsetails from the diet. Their effect on humans is not completely understood, but raw horsetails can act as a poison. Cooking destroys the thiaminase. Only very small quantities should be taken internally, and people with high blood pressure or other cardiovascular problems are warned against using horsetail.