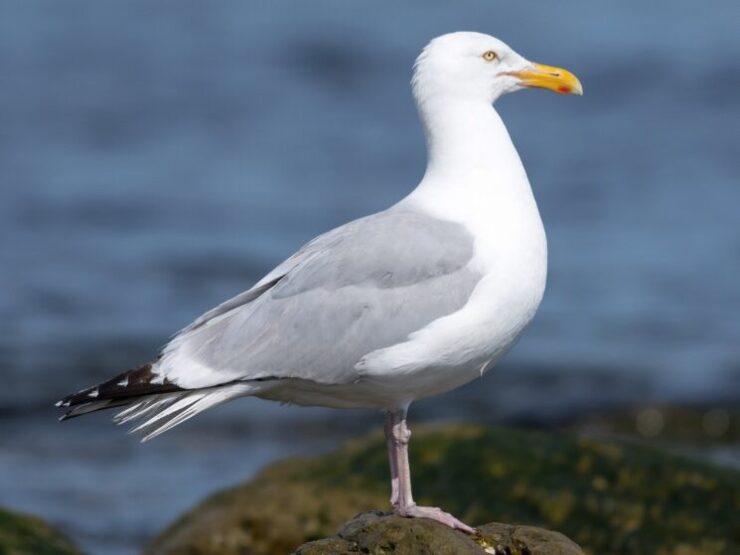 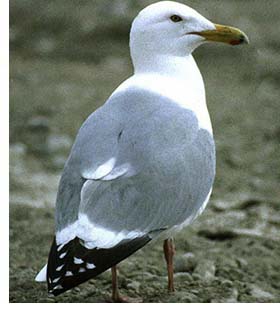 Widespread. Around waterways or inland, at dump sites or farm fields.

Mainly in colonies, on the ground, rarely in trees, most often on islands, rocky shoreline or large boulders in lakes and rivers. Nest is usually a depression lined with moss, grass and available soft materials.

Commonly called the “Seagull”, the Herring Gull is best known as a scavanger. It is most often seen in large, noisy flocks congregating where food is available, around fishing boats, picnic grounds and garbage dumps.

Many people consider it a nuisance, but the Herring Gull performs a valuable service. It scavanges up great numbers of dead or injured animals and organic litter which could pose a health threat to humans.

In the fields, it devours large amounts of destructive pests such as grasshoppers, and mice. However, its natural diet includes aquatic life – fish, crustaceans and, sometimes, the eggs and young of other species.

The call of the gull is distinctive, a shrill, scratchy Eurl repeated incessantly.