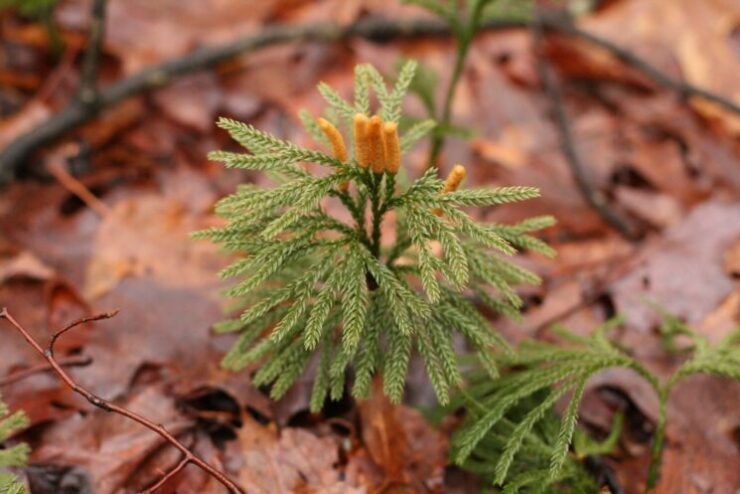 Leaves – Many, dense, in 6 (sometimes to 8) vertical rows, sharp-pointed, linear-lance-shaped. 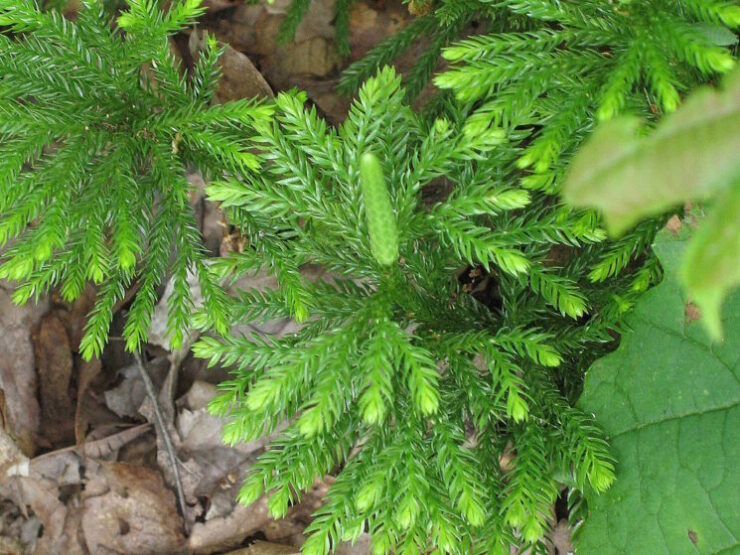 Club mosses were often used for medical purposes. It has been boiled in water to make a medicinal tea that was cooled and used as an eye wash. At one time, fresh plants were put on the head to cure headaches and worn on clothing to ward off illness.

Ground pines stay green all winter, and they are often used in Christmas decorations. In the Paleozoic era (about 300,000 million years ago), the ancestors of modern club-mosses reached gigantic proportions. These huge plants, some up to 30 m tall, formed a major part of the plant material that developed into coal beds.

The ground pine gets its name from its resemblance to a miniature coniferous tree. The genus named Lycopodium is from the Greek lycos, ‘wolf’, and podus, ‘foot’, after a fancied resemblance of club-moss leaves to a wolf’s paw.