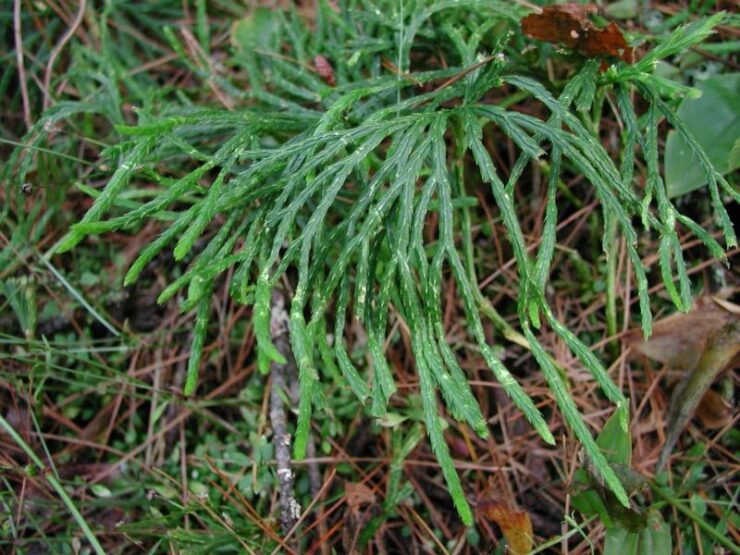 Leaves – in 4 vertical rows, sharp-pointed, partially fused to a stem, in 3 forms; largest on upper side, with elevated base; smaller on lower side, awl-shaped; side leaves egg- to awl-shaped with short, free tips.

In Europe and North America, ground-cedar was dried, powdered and used to make a medicinal tea to increase urine production, stimulate menstrual flow and relieve spasms. It was considered useful for correcting ‘female complaints’ and was said to stimulate sexual desire. The spore powder was forced into the noses of people who needed reviving. It was also said that if the spores were boiled, the decoction would both kill lice and improve bad wine. The spores were used as a dusting powder in the drug industry, protecting abrading surfaces and preventing pills from sticking together.