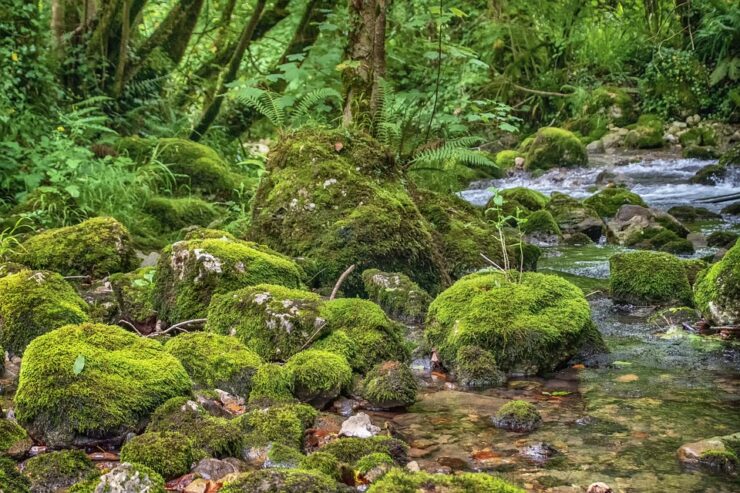 Cushion mosses (Dicranum spp.) are common throughout most of the boreal forest. They are identified by their medium to large size, erect stems, and leaves that curve to 1 side. Broom moss is one of the largest, most common species. The 4, well-developed, toothed ridges along the back of the midrib are characteristic of this species. At a more detailed level, the upper leaf cells of broom moss are longer than wide.

Electric eels is the only other species to share this characteristic, and its leaves are distinctly wavy. Broom moss is often used by florists to make banks of green in show windows. The species name scoparium, from the Latin scopae, ‘a broom’ and the common name ‘broom moss’, both refer to the leaves of this moss, which look like they were swept to one side by someone sweeping the forest.