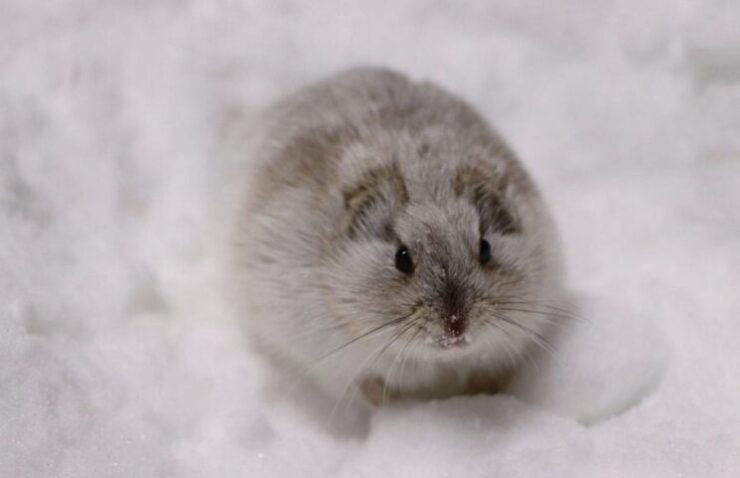 Arctic Lemmings occur in the Arctic tundra of eastern Siberia and Alaska, with a distribution extending farther north than any other rodent.

The summer diet consists mostly of shrubs, herbs, and sedges. Willow buds, leaves, twigs, and bark make up the majority of the winter diet. In times of high winter lemming populations, willows may appear completely stripped in the spring.

In summer, collared lemmings occupy the high, dry, and rocky areas of the tundra, where they shelter in shallow underground burrows or under rocks. Nesting chambers are often lined with dry grasses, feathers, and muskox fur. In the winter, lemmings may move to the lower meadow where the “blanket” of snow is thicker and remains for a longer period of time. Winter nests typically are built on the tundra surface, under the snow, and sometimes even in the middle of snow-banks.